Industry members selected at the discretion of the board to honor their exemplary service to the green industry.

Arnold Apgar
Apgar Turf Farm
Owner of the first sod farm in Delaware. For many years, Apgar Turf Farm was the only sod farm in the state supplying locally grown sod to Delaware landscapers. One of the initiators, and the first host, of the Summer Expo. Mr. Apgar believed it was important to provide an opportunity to showcase suppliers of outdoor power equipment.

Gary Shields (1977)
Charter member of DNLA and served as the first president in 1973 while employed at Millcreek Landscape Division in Newark, DE. Gary later worked at Chapel Valley Nursery, Quail Run Nursery, and Hopewell Nursery. Since 1995, Gary and his wife owned Shields Nursery in Bridgeton.

Individuals honored for their exemplary service and dedication of their time and talents to Delaware’s green industry, who have since retired.

Gene Bunting (1998)
Gene, of Bunting’s Nurseries in Selbyville, DE was a charter member of the DNLA and a pioneer in Delaware’s nursery industry. Gene was very active with the American Association of Nurserymen.

Norman Cannon (1987)
A DNLA charter member and owner of Cannon Plants in Greenwood, DE. Norman Cannon served on the board of directors, and was president in 1977. He also served as an instructor at the Delaware Technical & Community College, and was a noted propagation specialist of ornamental hollies. Norman died November 12, 2002.

Jack Ellingsworth (1989)
Jack, owner of Forest View Nursery in Clayton, DE (founded 1951) was a charter member of the DNLA and a pioneer in Delaware’s nursery industry. Jack, and son John, have been active and supportive members of the DNLA since its inception. Mr. Ellingsworth died November 25, 1991.

Nancy Gregory (2020)
Nancy served as the University of Delaware Plant Pathologist. As an extension agent in UD Cooperative Extension, she took a leadership role in educating Delaware’s green industry and the gardening public. Nancy also worked in cooperation with Delaware Department of Ag and USDA/APHIS on pest detection in Delaware.

Joseph Jamison (1995)
Joe, owner of Brandywine Nurseries in Wilmington, DE is a charter member of the DNLA. Joe, and son Jamie have been active and supportive members of the ANLA and the DNLA since its inception.

William Mitchell
Dr. Bill Mitchell was an agronomist at the University of Delaware who specialized in turfgrass. His passion near the end of his career was recycling and reusing waste products to improve the environment. He was very active with the Delaware Solid Waste Authority after his official retirement from the University and tirelessly promoted new technologies before he finally retired to New Hampshire in the late 90s.

Robert Mulrooney (2012)
As the Extension Plant Pathologist at the University of Delaware, Bob was in charge of the Diagnostic Clinic and Nematode Assay Service.  Bob conducted educational programming in plant pathology to Delaware’s green industry.

Frank J. Smith (1996)
Frank Smith joined the DNLA in 1977. He was the owner of Frank J. Smith Nursery in Millsboro, the largest container nursery in Delaware. A strong supporter of the DNLA, he served on the board in 1981. Frank died on December 11, 2003.

Richard Sterling (2005)
Owner, along with his wife Barbara and son Steve, of The Sterling Nursery in Smyrna, DE. He has been an active member of the DNLA since 1977. Dick served on the board for many years, was president in 1981, and was a representative to the Farm Council in the 80’s. Appointed by the governor, he has served on the DE Nutrient Management Committee since its inception in 2000.

Robert Stevens (1986)
The first University of Delaware advisor to the DNLA. In later years, Robert was an employee of Barnyard Gardens in Hockessin, DE . In the 1980’s he started Calvert Gardens in Rising Sun, MD. Mr. Stevens is now deceased.

Joseph F. Wick (1996)
A DNLA charter member, and owner of Joseph Wick Nurseries in Smyrna, DE. Joe Wick served as DNLA’s second president in 1974. He was an active board member for many years, and has mentored dozens of new green industry businesses. The Wick family nursery has graciously hosted many Summer Expos and meetings over the years. Joe, Jr. continues the family tradition of leadership in the DNLA.

JOHN WIEST (2010)
Owner of John T. Wiest Landscaping Service, John joined the DNLA in 1976 and immediately became an active member of the DNLA board, serving as secretary-treasurer.  John remained an integral member of the board until 2012

Jay Windsor (2004)
Owner of Lakeside Greenhouses in Laurel, DE and a University of Delaware Cooperative Extension Agent. Jay joined the DNLA in 1975. He served as president in 1976, and has continued to serve as an active board member, advisor, and mentor in the Horticultural Business Mentors Program.

William Wollerton (1987)
A DNLA charter member, and owner of Evergreen Acres, Inc. in Middletown, DE. Mr. Wollerton was a pioneer in Delaware’s nursery industry and a very active member of the DNLA. Mr. Wollerton is deceased.

Ray Wrede (1997)
A DNLA charter member and owner of All Seasons Nursery & Garden Center in Dover, DE (founded in 1967). An active board member for many years, Ray served as treasurer in 1980. Ray Wrede died in 1995. All Seasons continues to flourish, and the Wredes have kept the family tradition of leadership in the DNLA. 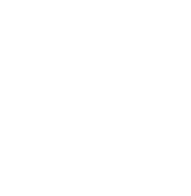 To advance the common interest of its members and to promote the use, and enhance the quality, of the products and skills of the green industry.

Members in good standing with DNLA may display this special member seal to let other businesses and homeowners know they are an approved and active member of our professional organization.